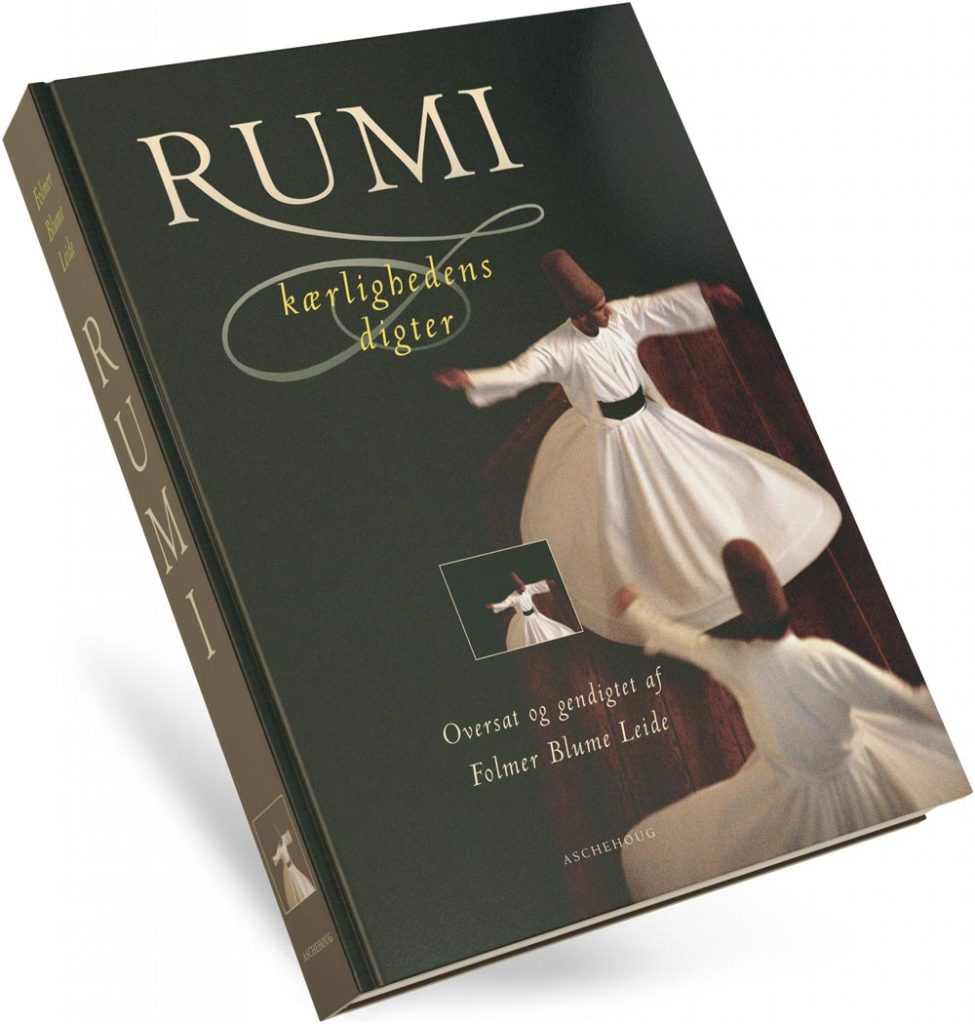 “Rumi is an introduction to the poet and sufi master Jalaluddin Rumi, who lived in the area of Turkey between 1244 and 1273 AD. The author has retranslated a large part of the poems and teching stories of Rumi. First, as I often do, I read the manuscript and extracted a number of keywords, that capture the essence of the book: spiral movement, light and darkness, longing, melancholy, union, love. I continued with “spiral movement” and “light and darkness” in the attempt to translate them into images. Searching and researching took me to the French photographer Reza and a poetic image of dancing dervishes. The photo beautifully captures both the spiral movement and the tension between light and darkness. There’s even a slightly melancholic atmosphere in the photo. But the cover seemed too static and lacked the sense of striving from the texts of Rumi. By constructing a swash for the title, I paraphrased the spiral movement and added just enough dynamic to the image, so that the pieces fell into place.”